HTC released a list of smartphone which will receive Android 6.0 Marshmallow update. As per report, the Taiwanese manufacturer will start rolling out the new firmware to HTC’s One M9 and HTC One M8 before the end of this year. In addition to the One M9, some other smartphones will also get the Android update including One M9+, One E9+, One E9, One ME, One E8, One M8 Eye and ofcourse the HTC Butterfly 3. 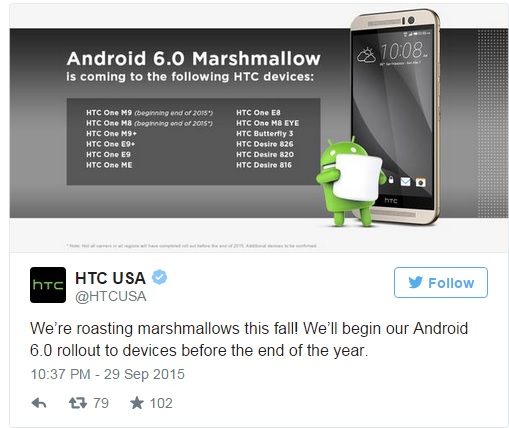