According to a research by Localytics, Apple’s recently released iPhone 6S is selling much better than the iPhone 6S Plus. The reports reveal that the phone is four time more popular than its counterpart. Currently, both the devices are accounting for about 1.9% of the smartphones from the maker. However, on the other hand the iPhone 6S holds 1.5% while the iPhone 6S Plus has only 0.4%. 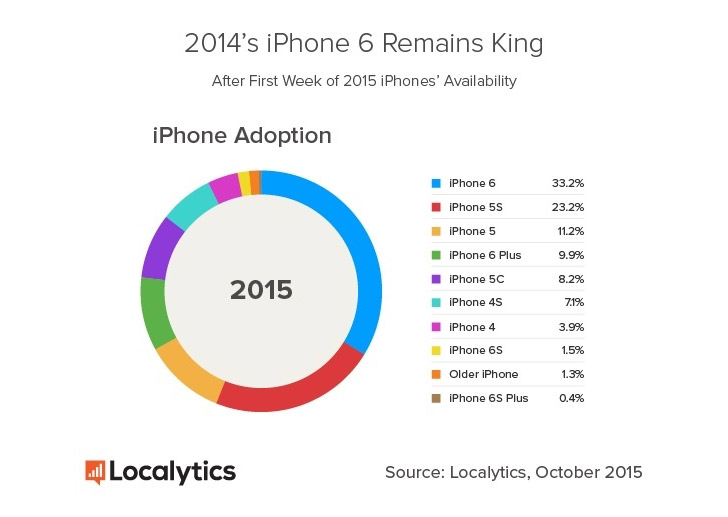 Overall, iPhone 6 is the most popular smartphone from Apple with 33.2% popularity and next are the iPhone 5S and iPhone 5 with 23.2% and 11.2% market share respectively.