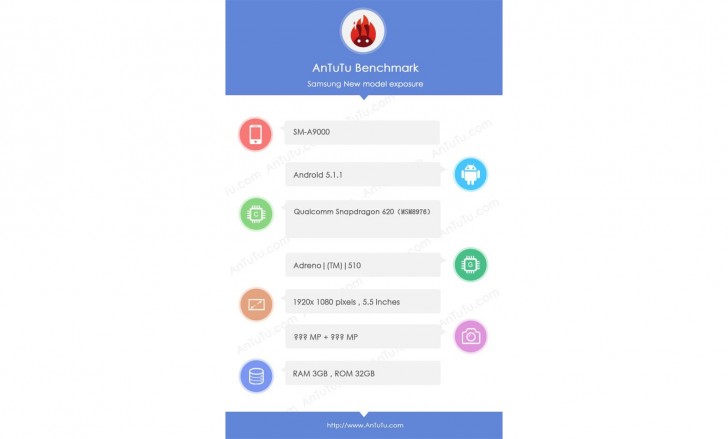 Also, the phone is better in terms of chipset embedded with Snapdragon 620 with next generation CPU cores and next generation GPU. The eight Cortex 72 cores should be much faster than the A53 used in the current mid-range octa-cores. There will be an Adreno 510 graphics processor which is a performance boost for the 1080 pixels gaming with a 3GB RAM.

There is a 32GB built-in storage but AnTuTu failed to detect the camera resolution. Samsung Galaxy A9 ran Android 5.1.1 Lollipop when the test was ran.