Barclays will join Apple pay some where in 2016. No definate time has been mentioned by Barclays yet.

This is the first time the bank has provided with the date for mobile payment launch service. According to Ashok Vaswani Barclays Retail banking chief, Barclays have signed up with Apple pay and it will launch in early new year. 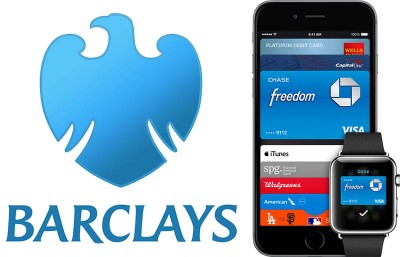 Jobson also complaints about the slow processing of Bank for Apple Pay. It has been also leaked by the sources that the service will reach start in UK by july.
Barclay is the only bank in UK who has not joined Apple. But now Barclay thought that to be with Apple is important now. So soon bPay will be part of Apple.