Recently, Sony started rolling out its concept Marshmallow build to Xperia Z3 and Z3 Compact users who had registered for the beta test. Now, the reports reveal that the smartphones are getting their first over-the- air (OTA) update. 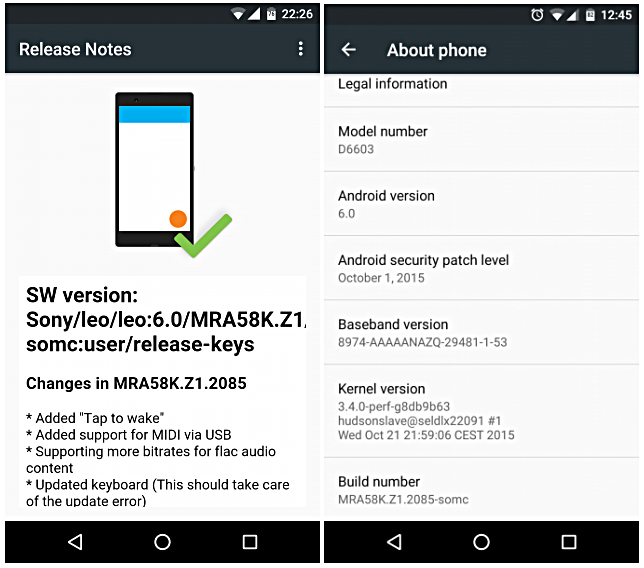 This update carries a build number MRA58K.Z1.2085. It brings along several new features such as Tap to wake, support for MIDI via USB and more bitrates for flac audio content along with an updated keyboard. It is reported that this update is rolling out slowly so we can expect it to take some time to hit each compatible Xperia device.