Just after android 6.0 made its debut last month, HTC released a list of its phones to receive Android 6.0 Update soon. The company specifically mentioned its One M8 and One M9 smartphones in the list, that might get the Android update by the end of this year. 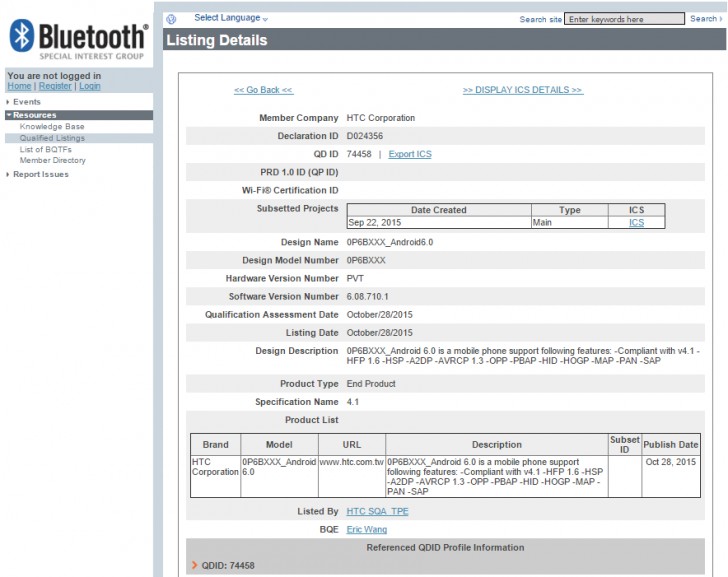 However, it is suggested that HTC One M8 might receive the Marshmallow update sooner than expected. The reports have come out from an official source as the handset is now certified by Bluetooth SIG. It can be seen clearly in the screeshot above that the certificate was issued on 28th October.

The release date for the update however is based on the speculations only as neither the Bluetooth nor the SIG filling contains any specific date for the roll out, nor we have any proof on the same.