A new teaser has erupted from Vivo confirming 4GB RAM and 4G connectivity. This teaser animation shows that 4GB RAM can control more apps in comparison, booting multi-tasking. However, the teaser doesn’t put any hint on the most talked about feature of the phone. AS far we know, this new feature will be the 1GB dedicated video RAM such as discrete computer GPUs have. Till now, smartphones shared their RAM with the processor and GPU. 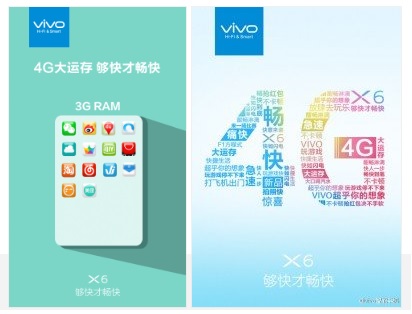 There is currently no information on the chipset but we can expect a 10 core MediaTek Helio on the Vivo X6 smartphone. No official video shows Vivo X6 and against iPhone 6S Plus. Vivo launches applications a bit quicker in an unscientific test. Also, as the video was shot in the dark so only screens are visible, except for the last second.