According to the latest reports, Huawei’s upper mid-range has gained a new member, G7 Plus. This is a model which basically is launched as a successor to the Ascend G7 smartphone from last year. It is revealed that this smartphone improvces upon its predecessor in many areas.

It comes with a 5.5 inch Touchscreen display with 1080 pixels resolution and 2.5D Gorilla Glass on top. There is a 13 MP primary camera with dual tome LED flash and a 5 MP front facing snapper. The phone is powered by Qualcomm Snappdragon 615 chip at the helm and 3GB RAM. Huawei has packed an internal storage of 32GB which has an option to expand further. 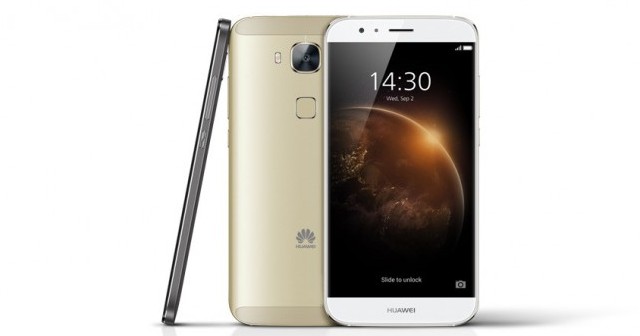 Other specs include dual SIM functionality, 4G LTE and a 3,000 mAh battery back up. Huawei’s phone runs on Android 5.1 Lollipop with its own EMUI 3.1. Dimensionally it measures 152.5 x 76.5 x 7.5 mm and weighs about 167 grams. The company has made this phone with 90% metal , with just a few plastic panels on its back that hide various antennas. Also, there is a finger print sensor under the rear camera.

As per reports, this phone is expected to receive Android 6.0 Marshmallow in February next year. Currently, it is priced at $330 sans contract. And is available in three basic colors silver, gold and grey.