Earlier, we reported the list of Samsung devices that might get Android 6.0 Marshmallow update but then there was no tentative date available as to when will this update roll out. Now, we have the schedule for some of the Samsung devices that were listed for the update earlier. 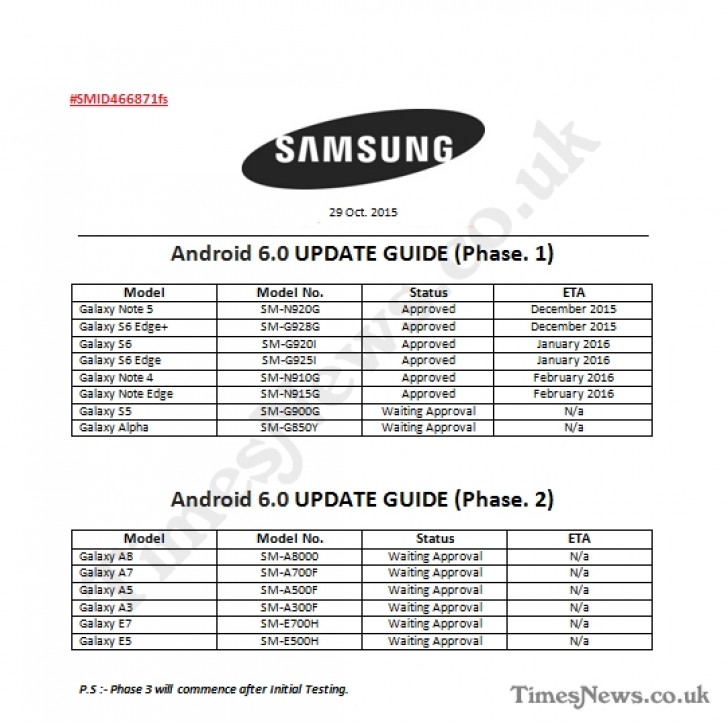 The list includes two phases, with phase 1 including the flagship devices. It can be seen clearly that the Galaxy Note 5 and Galaxy S6 Edge+ will be the first devices to receive the Marshmallow update, which can be expected in December this year. Also, Samsung Galaxy S6 and S6 Edge will receive the update in January. Both these handsets will be followed by the Note 4 and Note Edge smartphones in February.

As per reports, two of the phase 1 devices and all of the phase 2 devices are currently waiting for approval, with no ETA on when will they get the update. There is also a phase 3, which is currently not shown on the image, and includes additional devices that will get the update sometime next year.

If you want to purchase cheapest samsung s6 edge plus smartphone at the best affordable price then just check out the deals from various UK retailers available with us.