Samsung has a new flip phone under works, which is now certified by TENAA, the SM-W2016. This flip phone has a glass back with curves on the side which evoke S6 edge. It has two identical screens (one screen is placed outside the flip and the other is placed inside the flip). Both the screens are 3.9 inch Super AMOLED with 768 x 1280 pixels resolution and 383 ppi. 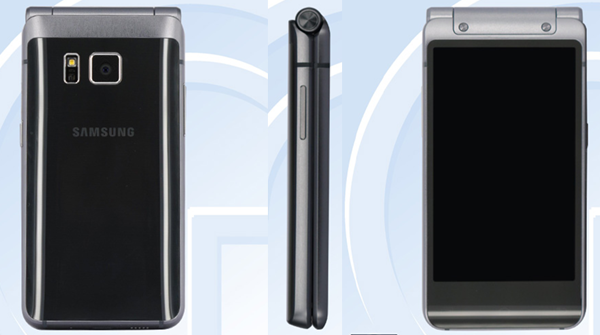 The SM-W2016 measure 120.4 x 61 x 15.1 mm dimensionally and weighs about 204 grams which is actually more than expected from it. The performance of the phone is uncompromised with an octa core processor, the Exynos 7420. There is 64 GB internal storage and 3GB RAM. This upcoming smartphone runs Android 5.1 Lollipop, because Samsung has not yet made a jump to the latest Marshmallow operating system of the company.

There is an 8MP primary camera with 1080 pixels resolution and a 5MP front facing snapper. With a flip, the camera of this smartphone can also be used for taking selfies. Samsung has provided this handset with a T9 keypad below the screen, and there might be a SIM switch button, suggesting that this is a dual SIM handset.

Earlier this year, we saw the Android powered flip phones, the Galaxy Folder and LG Wine. As per sources, the Samsung SM-W2016 is more powerful than either, but there are chances of Korean giant not introducing it globally.