Sony has set its CES 2016 press conference for 5th January. The event will start at 5PM local time. The company has sent out a teaser that includes most popular consumer tech across several categories such as smartphones, TV and VR headsets. However, no phones have been leaked by Sony recently but the teaser suggests that we might get a new handset at the announcement at CES. 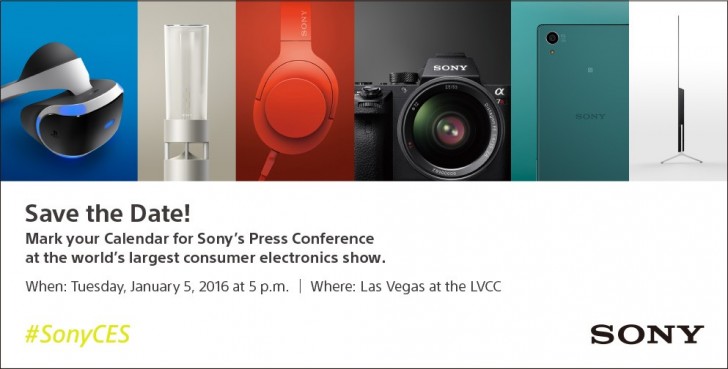 It is also certain that we might get a new TV set, headphones and digital camera as well. At last year’s CES, Sony made an announcement that the Smartwatch 3 and its unexpected NW ZX2 Music Player. Recently, Sony also revealed its plans to crowdfund a new smartwatch, which just went on sale in Japan. But we can expect something on international availability this time.