Switching from an Android phone to an iPhone is quite easy, but do you really feel it’s a good idea. Here is the process to move to iOS from Android. 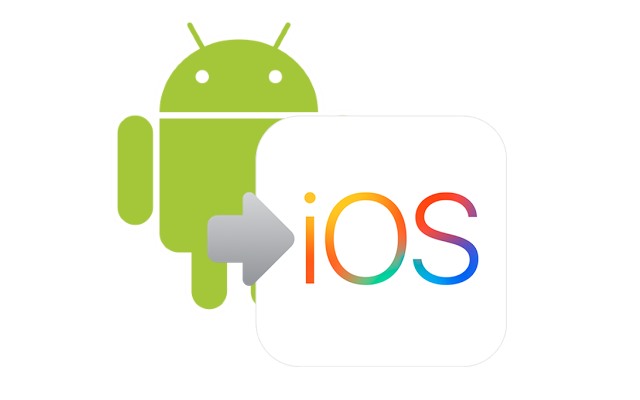 If you are using Android from quite long now, the first you should ask yourself is how much you have invested in Google Play store till date. Those who have spent hundreds of pounds on apps, should not forget that they will need to rebuy everything after swapping to iOS. We know, Apple has its own App Store while the Android Apps are not supported on iPhone or iPad devices.

On the other hand, if you have not spent lot on the Google Play Store but want to move to the iOS platform, then moving to this new Operating system will be relatively painless. Also, if you simply want to stick with the Google’s branded Gmail you should download the relevant applications for free from the App Store of Apple.

Moving your important things from Android to iOS:

Switching phones increases the fear to lose the contacts, important messages and other important data but Apple has a new app “Switch to iOS” that makes life less stressful. Just download this new app to your iPhone and your Android phone and then open it up on both the smartphones and follow the instructions. As soon both phones connect, all the important data will be copied across.

You can select to get your Google account deets, internet bookmarks, messages , contacts and photos copied to your new iPhone from your old Android handset. However, you cannot copy any apps and other media. The apps and data are transferred via a private Wi-Fi network and is completely secure and a quick process.

If you are using a Google account on your android phone and want to copy the details on your iOS device, your iPhone will ask you to enter you Google password before it progress further to complete the transfer. If you have enabled 2 step authentication then you might be asked to enter a code which will be sent to you by Google. Once you are done with maintaining the connection between the two phones, all your Gmail messages, calendar entries and other important things can be accessed by the iPhone as well.

Most android apps also have an iOS equivalent app which can be downloaded from the App Store of Apple. You are required to enter an Apple account which can be done once you boot up your iPhone. Or you can head to Settings then iTunes & App Stores then Apple ID.