According to the reports, Motorola Nexus 6 which went on sale late last year is no more available on the Google Play Store. Last year, LG Nexus 5 was available on the Play Store for much longer even after the launch of the Nexus 6 smartphone, and lasted until March this year. On the other hand, Google might have ran out of the Nexus 6 early this year. 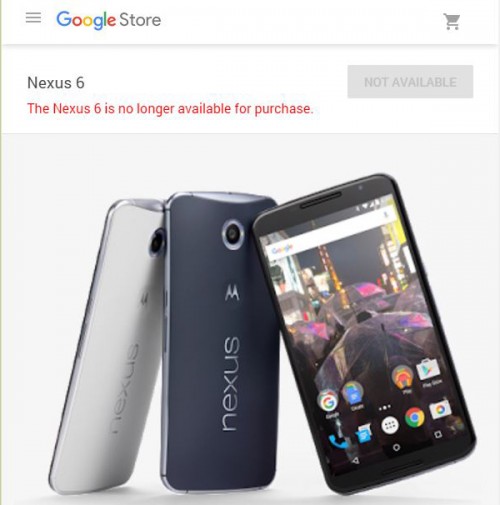 The phone was first available starting at $649.99, which then saw a major drop towards the end of this year, dropping to as low as $199.99 through some fire sale retailers. Motorola Shamu was also a great phone but it did not has a great age as expected.

Motorola Nexus 6 is not gone in vain and is fulfilled a great life cycle as a Nexus device. It is now time for the Nexus 6P from Huawei to rule as the premium handset offering from Google.