A leak has been surfaced online revealing the Marshmallow update roadmap of Lenovo. As per reports, a new set of images has this time hit the internet after first showing on Weibo. However, there is not much to view in most of the leaked images but one of the shots has captured the roadmap depicting when will specific Lenovo phones will receive the new Android Marshmallow update. 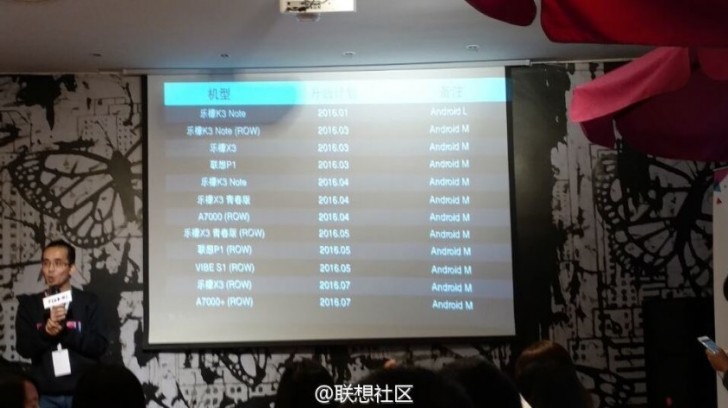 It is clear from the images that the international version of the K3 Note smartphone will be the first one to receivce this Android update. This handset will be updated to the Android 6.0 software in March 2016, which will then be followed by Vibe X3 and Vibe P1 in the same month. However, plenty of other smartphones will have to wait until July to get updated to the Android Marshmallow software.