Samsung Galaxy A9 is now listed by the FCC database, that is a source providing the information about the smartphone’s development progress. According to the reports, the US communications authority has now thoroughly examined the device and has also given it the green light. There is a little details on specifications of the phone revealed in the filings, however we already know a lot about the smartphone. 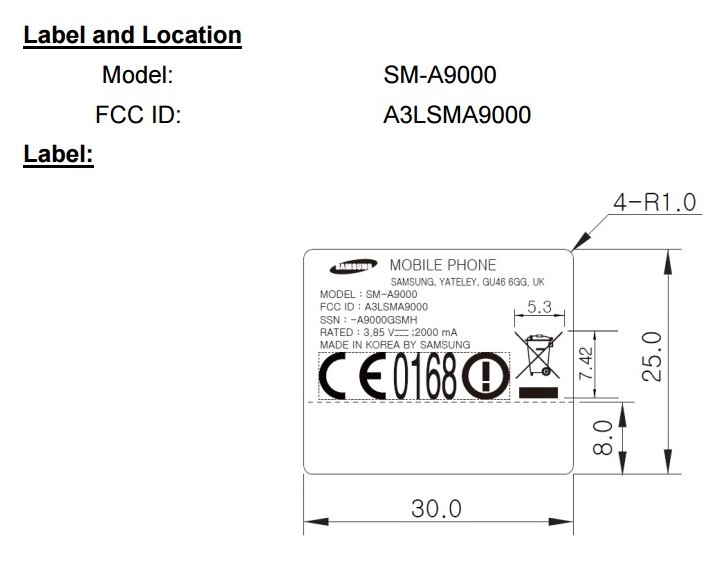 With this listing on FCC, we can expect the Galaxy A9 handset to launch in a few days. If you remember the Galaxy A7 was listed on FCC on 27th November and was offciial announced on 2nd December.

Previously, we saw the phone receiving Bluetooth certification and being certified by AnTuTu for its Snapdragon 620 chipset.