According to a report from VentureBeat, LG’s flagship phone G5 will get a secondary display which will be similar to the V10. It is revealed that this display will get 1040 x 160 pixels resolution and will be put on several LG phones in the coming year.

The reports also reveal that this smartphone will also pack a dual rear camera set up which is something we already know. This means that the main camera which is 16MP will be given 135 degree wide angle capability. 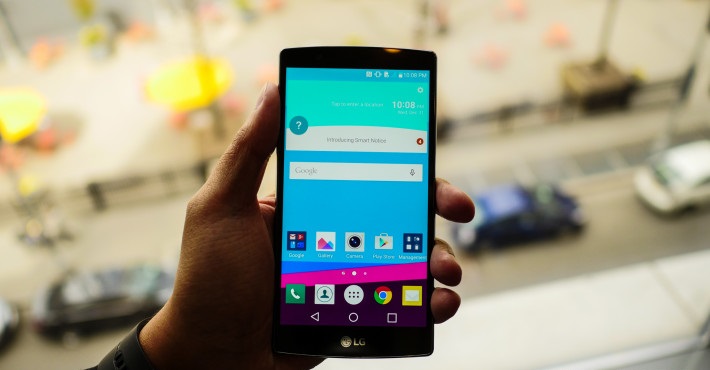 As per reports,“In between the two lenses is a circle with a quartet of elements in a square configuration, according to the briefed individual, who has also shown images of the upcoming flagship.”

In this quartet of elements, two are the LED flash bulbs while from the remaining one is a laser for assisting the autofocus and was first deployed on LG G3 from 2014. The last element is the RGB sensor which will further assist the autofocus and other scene-recognition functions. This element is also found on the LG G4 handset.

In addition to these features, this upcoming device will also feature a Magic Slot. It is said to enable the functional expansion using the hardware modules. Some of the examples that are revealed, range from an array of the specified cameras i.e. action, 360 VR and party to an audio amplifier to a physical keyboard.

According to the reports, LG G5 handset will be powered by a Snapdragon 820 chipset and 3GB RAM for faster processing. It will sport a 5.3 inch QHD screen and will pack an internal storage of 32GB. There will be an 8GB front facing snapper for clicking better quality pictures. This smartphone will be packed by a 2,800 mAh battery and come with a fingerprint sensor on the back.