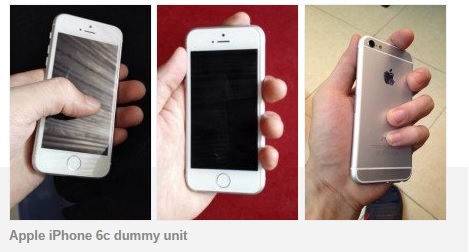 Today, we have got a leaked set of live photos of the prototype dummy portraying a 4 inch iPhone that is based completely on the iPhone 6s. According to the sources, this 4 inches iPhone will include A9 chip with 2GB RAM. It will also get Home button with the TouchID fingerprint sensor. There is an 16GB internal storage and is powered by 1,642 mAh battery.

We also have a more fancy view of the upcoming iPhone 6C smartphone in the leaked 3D renders from Ferry Passchier.

In order to grab a brand new phone from Apple, check out the iPhone 6s 64GB best deal in UK.