Google has now released the latest numbers revealing the distribution of the Android platform. These numbers show that the Marshmallow which is the latest platform from Google is now running on about 0.7% of the active Android devices worldwide. This figure is slightly up from the figures from December which show 0.5% devices consuming Android Marshmallow. 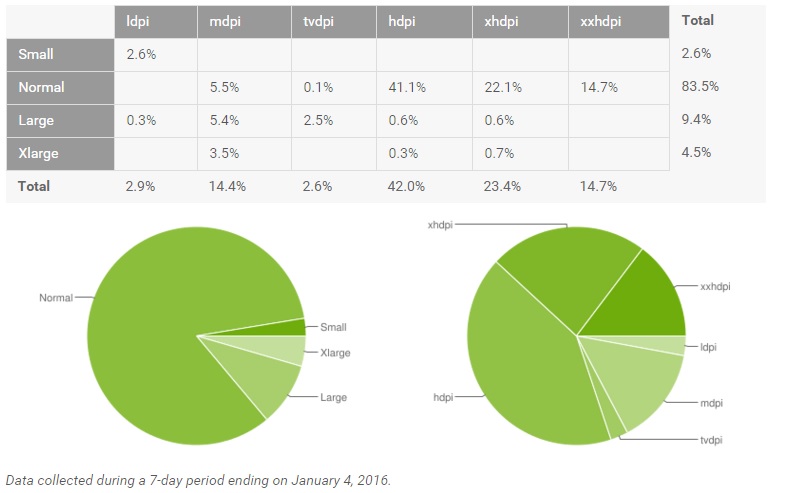 On the other hand, the reports also reveal that Lollipop has gained around 3% share thus reaching the total of 32.6% this month. However, the previous Android KitKat mobile operating system still remains at the top with 36.1% market share. Although, this is somewhat down from what was reported by the world leader Google last month. In the last month reports, the Android KitKat was shown holding 36.6% of the market shares.

For the older versions of Android, Jelly Bean shares about 24.7% share which is 2% down from what was reported last month. On the other hand, the Ice Cream Sandwich and Gingerbread stood at 2.7% and 3% market share respectively both have come down marginally. However, the share of Froyo remains unchanged at 0.2%.