Samsung Z1 is expected to get updated to the Tizen 2.4 update in a few days i.e around 22nd January. This new information was revealed by Jason Dongwon Kwak, ,who is the Managing Director of Samsung’s R&D Institute in India. 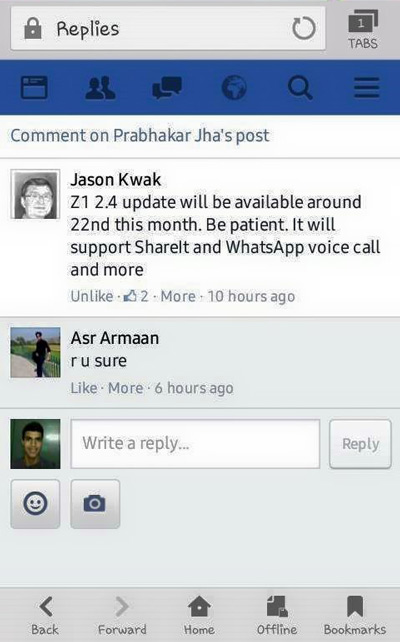 It is also revealed by Kwak that the update will provide support for “Shareit and WhatsApp voice call” along with many other features. The other features include Ultra Data Saving mode, ability to hide your personal messages & memo, enhanced messaging and record your voice along with your favorite songs. In addition, this new update from the Korean giant will also feature easy video player controls, setup wizard and memo creation.

For those who don’t have an idea, Samsung has rolled out a couple of Tizen 2.4 beta firmware for Samsung Z1 phone so far. However, according to the sources this will be final version of the operating system.