If you remember Acer showcased a Windows 10 smartphone, Jade Primo, at the IFA event last year. This phone was once again announced at the CES event this year. According to the latest reports, Acer’s Jade Primo is now available for pre-order in Europe. It is listed on Orange and Expansys Portugal website.

As far the price of this smartphone is concerned, the listing shows that a pre-order for this smartphone shows a price of €615 for its 32GB black colored variant. This is around €50 high than the Lumia 950’s cost in Europe. Also, currently the Jade Primo phone is in a rather tough position. 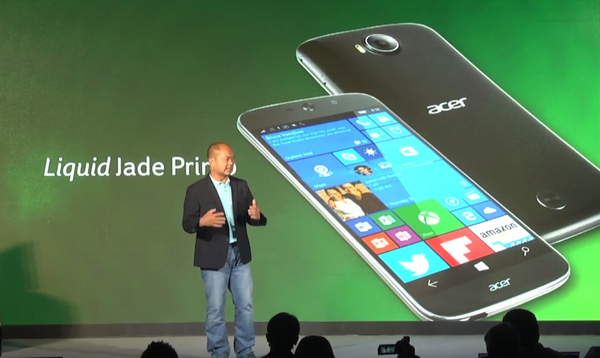 Acer has powered this handset with a Snapdragon 808 SoC chipset and has a 2,800 mAh battery backup. It has a 5.5 inch AMOLED display with 1920 x 1080 pixels resolution. There is an internal storage of 32GB which can be expanded further and has a 3GB RAM. The Primo phone features a 21MP rear snapper and an 8MP front facing camera.

This phone measures 156.52 x 75.9 x 8.4 mm and 150 grams weight, also the handset offers a dual SIN support. There is no official information available on when this smartphone will start shipping but the rumors say that the phone will hit the European shelves in February.