HTC Desire Eye was launched back in November 2014 and the reports are now revealing that this smartphone will be updated to Android Marshmallow sometime later this year. This new report was revealed by the reliable leakster @LlabTooFeR, who confirms that the device will be updated to the new Android Marshmallow sometime later this year. 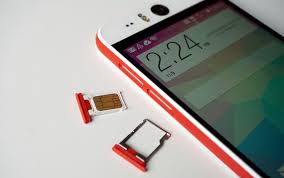 If you remember then back in September last year, HTC USA rolled out a list of smartphones to receive the Android 6.0 update. However, the HTC Desire Eye was not mentioned in that list but the phone is now receiving Android 6.0.1 update this year.

It is also revealed by @LlabTooFeR that this Marshmallow update for the Desire handset will be packed by the Sense 7.0 Sense UI from the Taiwanese giant. Currently, HTC’s Desire Eye runs on the Android Lollipop software with the Sense 6.0 UI.