A new report has come out of Germany revealing that Microsoft Lumia 650 will be released by the manufacturer in the country by early next month. These reports are inline with the previous reports which revealed that the device will be rolled out on 1st February. 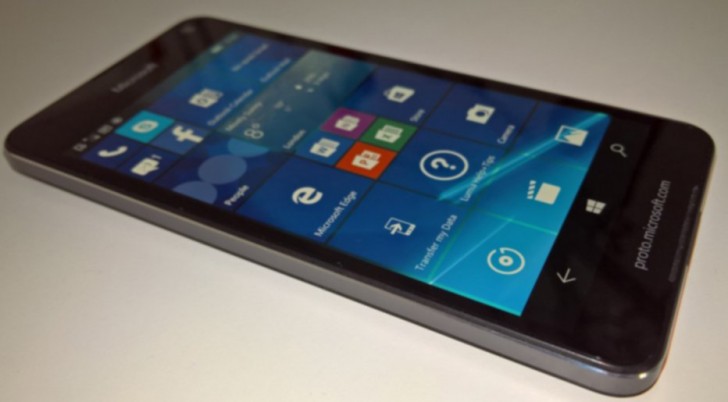 According to the latest reports, O2 Germany currently has a Windows 10 device in stock but only the black variant will be made available for purchase right now. This smartphone will carry a price tag of €219, which makes for $238 as pre the current exchange rates. This new reports has come out just a few days after it was revealed that Microsoft’s Lumia 650 phone will be priced in Czech Republic at CZK 5,491(around $222 or €203).

For the specs, this smartphone will be packed with a 5 inch IPS LCD capacitive touchscreen display with 1280 x 720 pixels resolution. There is an internal storage of 8GB which can further be expanded to 128 GB using a microSD card. It has been provided by a Qualcomm MSM8909 Snapdragon 210 chip with a quad core processor clocked at 1.1 GHz and Cortex A7 architecture.

The phone gas an 8MP rear snapper with autofocus and LED flash for better picture quality in low light and 1080 pixels resolution video capturing. Microsoft packs this handset with a 5MP front facing camera and features a 1/4inch sensor. It has a 2,000 mAh battery with good backup and standby.

Currently, the phone is not available for purchase but you can always try your luck with the predecessor Lumia 640 deals in UK.