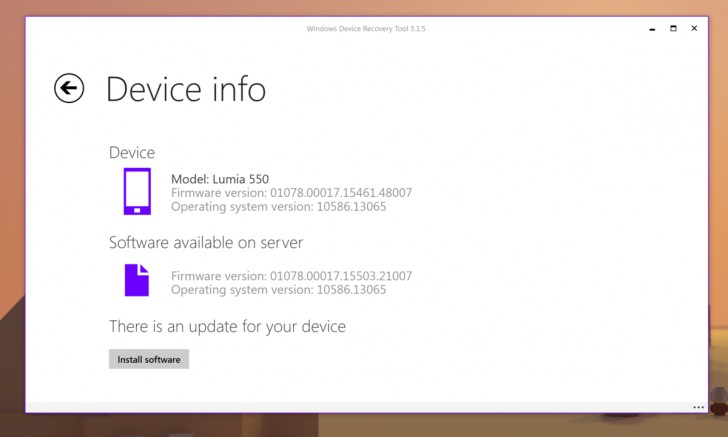 Currently, the update is only available via the Windows Device Recovery Tool, which means that it is not rolling over-the-air for now. We recommend you not to install this update until you get over-the-air (OTA) as it could be risky. If you use Windows Device Recovery Tool to update your phone then it is possible that you will lose some of your data.

There is no information available till now on what will this update bring along. However, because this update is already available via the recovery tool, so an official announcement followed by an OTA released is not so far now.

If you don’t have a Lumia phone but want to get your hands-on it right now, then choose our best Microsoft Lumia 550 contracts which bring this smartphone at affordable price range from the retailers in UK.