The Leakster, OnLeaks, has now leaked a couple of schemanics, which show that Samsung has made some subtle changes to the back design of its Galaxy S7 handset in comparison the Galaxy Note 5. Both these smartphones are provided with slightly cured backs while Note 5 sports curves only on the left and right sides. Samsung’s S7 phone will pack these from each side on every edge of the back. 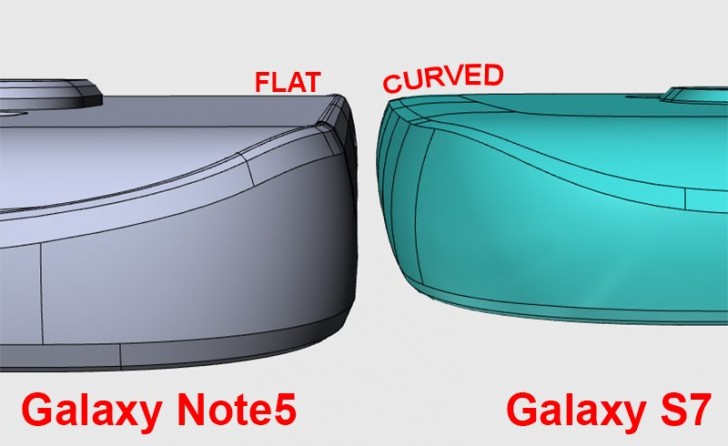 In addition, the snapshots of other schematic shows that this handset will get a camera bump which will not be same as available with the Galaxy S6 phone. The Korean giant has also tried to reduce the back and has kept it’s at 0.8mm for S7 compared to the 1.7mm present in S6’s camera.

An Alleged press photo of this smartphone was leaked by @evleaks showing its back. It is suggested by the previous leaks that this device will get four variants namely: Galaxy S7, Galaxy S7 Plus, S7 Edge and S7 Edge Plus. We can expect either an Exynos 8890 or a Snapdragon 820 chipset on this smartphone. However, other rumors point towards a brand new 12MP ½.0 inch sensor.

Samsung has plans to reveal its new S7 phone on 21st February in Barcelona at the MWC event. The S7 smartphone is expected to be launched in Europe on 11th March.