Samsung’s official website now lists the Galaxy S7 Edge phone in a table putting some details on the different uses of the curved screen. Keeping in mind, the Galaxy S6 Edge and S6 Edge+ models the yet unannounced model will be able to do exactly same stuff as its predecessor. 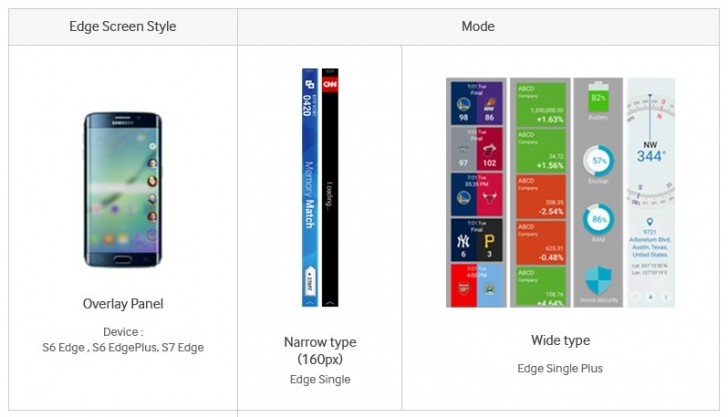 With the screen on, the trio displays either the narrow type strips since S6 Edge’s inception. Or, on the other hand the wide one-third of the screen type introduced with the Android’s Marshmallow update. With the screen off, it shows the clock and notifications feed.

The current flagship of the Korean giant, the Galaxy S6 Edge is officially spelled with a small ‘e’ and the S6 Edge+ gets a symbol instead of ‘Plus’.