Samsung’s Galaxy A9 Pro was spotted a few weeks ago, when the phone was said to be under development though it was not clear that how it will differ the original A9 phone. But then the rumors let us assume that it could be a Windows 10 variant of the Galaxy A9. Also, there were some reports recently revealing that the Galaxy A9 Pro handset has entered India for testing via Zauba. 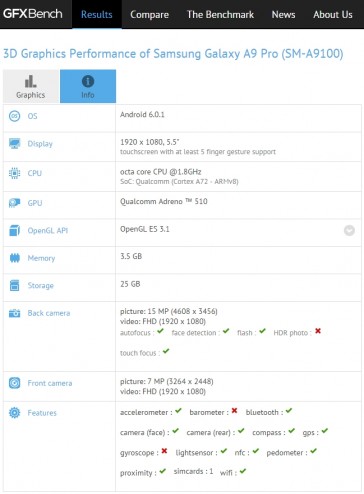 Now, the reports show a new entry in the GFXBench database which finally throws some light on the matter. The listing states that this smartphone will come packed with a 5.5 inch display, which doesn’t seem to be a believable thing. Also, the Galaxy A9 (2015) is 6 inches diagonally and the older A7 is 5.5 inches. On the other hand, the Galaxy A8 is suggested to be 5.7 inch thus the Galaxy A9 Pro getting a smaller 5.5 inch doesn’t make any sense. But it might be true if the company is following the footsteps of Apple, which is soon to launch its 4 inches handset iPhone 5se. 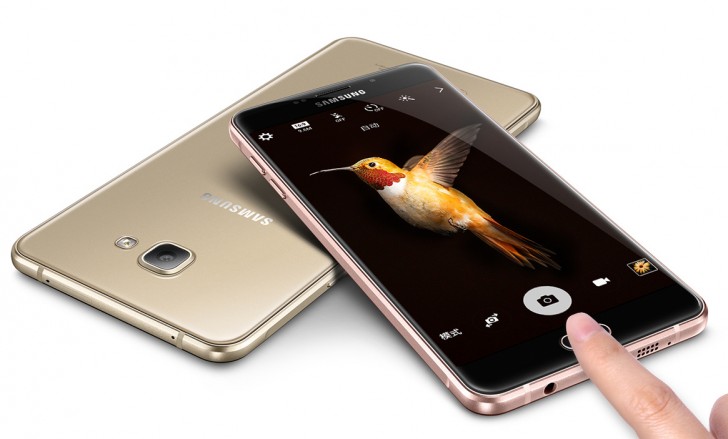 Samsung’s phone will come powered by an octa core processor with Cortex A72 clocked at 1.8GHz speed. There is a Qualcomm chip inside this phone which might be the Snapdragon 652. Another notable feature is the 4GB RAM while the original Galaxy A9 phone has a 3GB RAM. The Galaxy A9 Pro has a primary camera, which is benchmarked at 15MP count. As the pixel resolution for the camera is 4608 x 3456 making for 15.92MP, we are inclined to call it 16MP. But the GFXBench reports to count only the complete million pixels and thus 3,264 x 2,448 pixels front camera at 7MP count.

The Galaxy A9 Pro will thus get a 16MP rear snapper while on the other hand the Galaxy A9 had only 13MP count. By the pixel dimensions of the image we get hint at the Sony IMX298 sensor, which is used in the Huawei’s Mate 8 phone. But we can’t though verify it for now by any possible means.