Samsung introduced the wireless charging capability with its Galaxy S6 smartphone last year and worked hard to make it as quick as the wired charging functionality. It released the fast wireless charger when Galaxy Note 5 and Galaxy S6 Edge+ smartphones were rolled out in 2015. Now, there are reports that Samsung’s upcoming flagship phone will also not miss this feature. 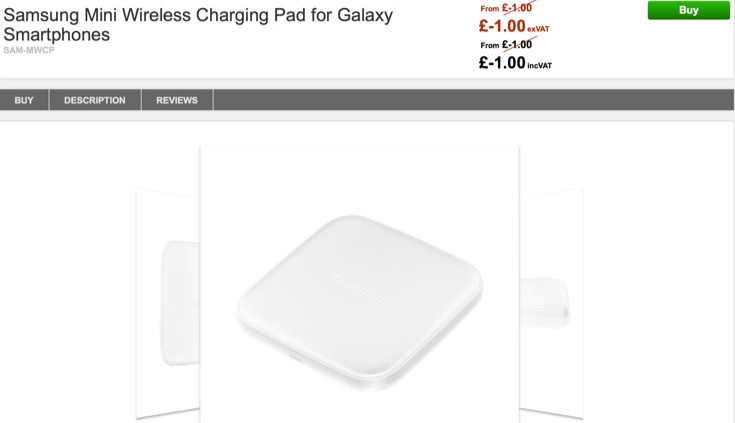 The wireless chargers for Galaxy S7 are listed on the website of a UK retailer, thus confirming its availability for the upcoming smartphone. Clove gives a brief description of the accessory mentioning that it is optimized for the upcoming Galaxy S7/S7 Edge phones but will also be compatible with the other smartphones that comply with the Qi standard.

It is revealed though the pictures that the phone might get the Wireless Charging Pad Mini, which has been made available recently. This listing is just a placeholder presently and it’s also not confirmed that Clove will provide the users with a chance to pick up the charging pad form the retailer, suggested by the -£1.00 price.

Good news is that Samsung is not ditching the microSD and removable battery in the Galaxy S7 phone, as it did in the previous flagship device of the company. Thus, wireless charging coupled with alleged two-day endurance and 17 hours of video playback make S7 a perfect option to buy in 2016.