LG G5, Samsung Galaxy S7 and HTC One M10 are already leaked in several images in the past few weeks. The G5 from LG and Galaxy S7a from Samsung are expected to launch in a few days at the MWC event to be held in Barcelona. And we already know what will be packed in these two handsets. But as far HTC’s One M10 is concerned the Taiwanese giant doesn’t have any plans to announce it until 11th April. 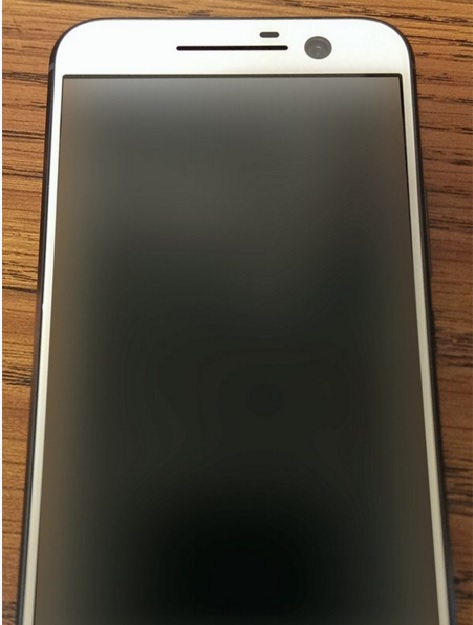 Now, there are reports that a new image has leaked out as the courtesy of Evan Blass, or @evleaks. The leakster has already given us a look of this device a few weeks ago. A closer look on this smartphone shows a physical home button similar to the one available on the Samsung handsets, which will also sport a fingerprint scanner. There is also an earpiece located on the display and a large front facing camera sensor with UltraPixels.

HTC’s phone will get a 5.2 inch AMOLED display with good quality resolution. It comes powered by a Snapdragon 820 chip and 4GB RAM for faster processing. The primary camera is 12MP, similar to the one found on Nexus 6P. It runs on the latest Android 6.0 Marshmallow operating system. For more speculations on the upcoming flagship phone from the Taiwanese giant stay tuned.