MWC 2016 has kicked off and we know have a huge list of smartphones to choose from. If you missed this year’s event in Barcelona then need not worry as we have tried to bring you this complete list into this post.

As we already know, MWC stands for Mobile World Congress and is the world’s largest mobile electronics trade show. This event kicked off on 22nd February with a few press events already held on the weekend.

Samsung’s Performance at the MWC 2016 Event:

Samsung announced its Galaxy S7 and S7 Edge at the Mobile World Congress 2016. Both these smartphones are the latest members of the Galaxy S family and possess a lot in common with the predecessor Galaxy S6 series. However, the Korean giant has slightly redefined its design and has added the new microSD slot. This smartphone is also made water and dust resistant with the IP68 certification.

The newly announced phone will be powered by Snapdragon 820 chip or an Exynos 8 octa core processor, though it depends completely on the market in which this handset will be released. We already know a lot about both the Galaxy S7 and S7 Edge handsets and will bring a lot more content related to these flagship phones in the days to come.

LG G5 is an improved version over its predecessors and is provided with a metal unibody design. The bottom of the phone can be removed which allows you to swap the battery or add the specialized modules to expand its functionality. As per reports, LG G5 has added many things which were not available in its predecessors such as removing the back volume keys and placing them on the side. This smartphone is powered by the Snapdragon 820 chip. 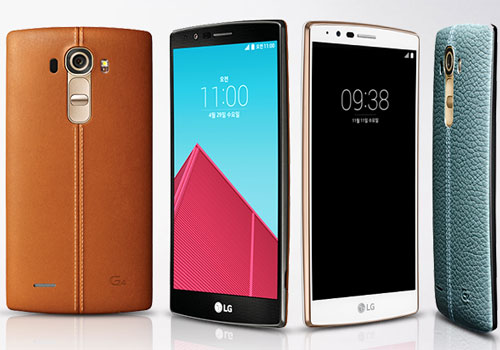 LG has not only played with the hardware part on this phone but also redesigned its software. It has added the Q slides and some other less popular features, and has also tried to get rid of the app drawer.

Sony announced its brand new series Xperia X family which has three models including Xperia X, Xperia X Performance and Xperia XA. The Xperia Z family of the Japanese giant had the high-end specifications, but the new Xperia X changes these expectations. At the top of the line is the Xperia X Performance of Snapdragon 820 chip and 3GB RAM. There is an internal storage of 32/64 GB with microSD card slot for further expansion. It has been provide with the water resistant feature to enable the users to use this handset under water upto a few meters distance.

Sony’s new Xperia family comes under the mid-range of the company, with Xperia X powered by Snapdragon 650 chip and Xperia XA powered by MediaTek MT6755. Apart from these new handsets, Sony has also released the Xperia Ear, an unique Bluetooth earpiece and several cool connected devices.

Huawei did not release anything big in the MWC event this year, so hard luck for the fans. The center of the event was its new MateBook laptop/tablet powered by Windows 10.

HTC’s Performance at the MWC event 2016:

HTC might not have announced its One M10 phone at the MWC event yet but it has released the new Desire 530, Desire 630 and Desire 825 phones. These new Desire entries are powered by the Snapdragon chips from 210 to 400 depending on the model.

BlackBerry might release its BlackBerry Vienna, the second Android phone of the Canadian giant at the MWC event this year. But as there is no press conference scheduled yet so it seems unlikely. However, on the other hand there might be some other Android related announcements to come from the manufacturer in Barcelona that don’t relate to the new devices. Else BlackBerry might simply want to be visible at the largest mobile trade show of the industry.