BlackBerry has now released updates for several key applications for its Android handset, Priv, which is now available on the Google Play Store. As per reports, the camera, launcher and Keyboard of this handset are improved with new features and refinements. It is reported that the camera of the Prvi handset of the Canadian giant is provided with a slow motion video recording mode, which is capable of shooting 120 focal points resolution, but gives just 720 pixels resolution. 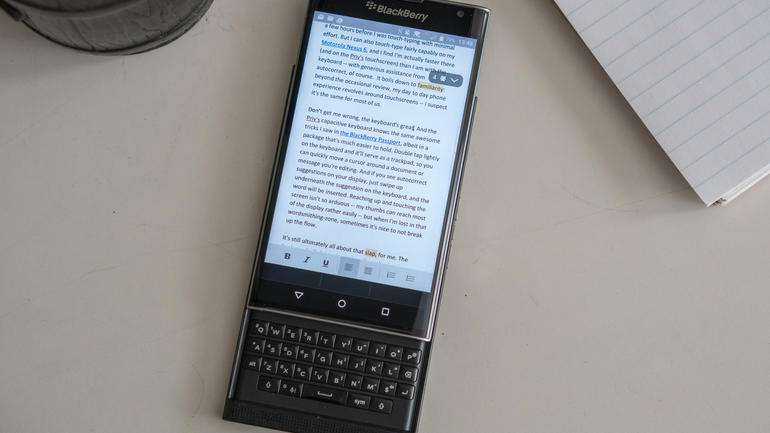 There are reports that the Launcher of this phone now gets Recent, Personal and Work views along with some other tweaks such as shortcut removal with a flick. Another tweaks include app icons grayed out when you removed the microSD card the app has been installed on. Also, there are some improvements made to the keyboard of this smartphone which now allows it to learn words and numbers and shift through emails and social messages in order to understand the users better.

This smartphone is already available in Europe and if you want to grab your hands-on this android handset from the Canadian giant then check out the cheapest BlackBerry Priv contracts in UK from various retailers.