As per reports, Venture Beat has got its hands on the unreleased device Huawei P9. The leaked images show that this device will get a dual camera set up and will be released in four different variants. Its camera looks like if it will get a laser focus sensor under the flash along with a side-by-side camera setup to refocus once the shots are clicked. All you need to do its adjust the appeared aperture and apply the filters. 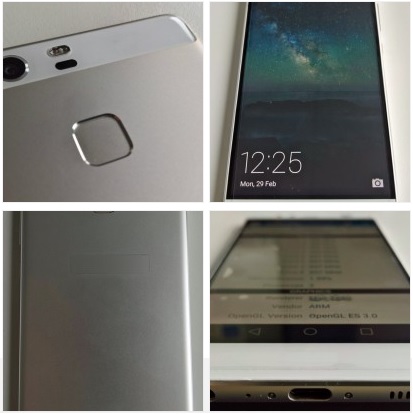 It is reported that the dual setup will become an impressive feature for the future generation P phones of the Chinese manufacturer. This handset will sport a Kirin 950 processor, Mali T880 GPU and 3GB RAM for faster processing. There is a 3,900 mAh battery and it will come with a 5.2 inch display with 1080 pixels resolution.

There is one speaker grille at the underside of this handset and a headphone jack positioned at the bottom. Huawei’s P9 is packed with a USB Type C port for charging and transmitting data. These new leaks of this phone confirm the leaked renders which were released a few months back. As per the earlier rumors, this phone was suggested to be launched this month but now the rumors say that it might be announced in the second quarter of this year.