Oppo’s upcoming R9 phone is scheduled to be announced on 17th March at an official event of the company. The Chinese manufacturer is already running a teaser campaign for this smartphone from the past few weeks. Now, the reports reveal that a few more teasers have been released by Oppo revealing that this smartphone will feature a front facing fingerprint scanner. 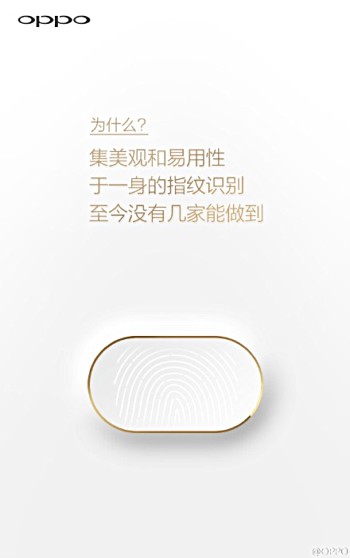 This fingerprint scanner is expected to be capable of unlocking the upcoming R9 phone in just 0.2 seconds. In addition, the manufacturer has also put some hints on the handset being ideal for making mobile payments. If we remember, there are already reports that several smartphone manufacturer in China are already planning to roll out their own payment service though the name is not revealed by Oppo yet. 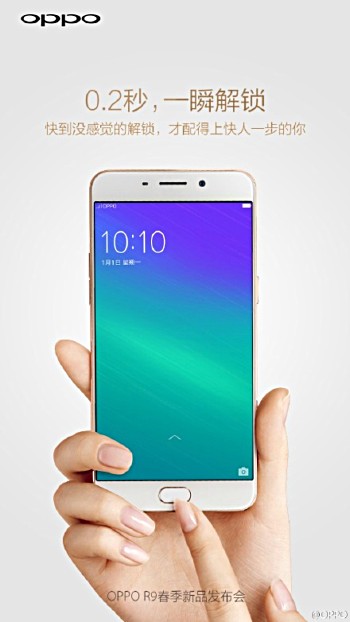 Oppo’s R9 is expected to come packed with a 5.5 inch AMOLED touchscreen display with 1080 pixels resolution. Recently, this smartphone was spotted on TENAA with a 1.95 GHz octa core processor and 4GB RAM. There will be an internal memory of 32GB which can be further expanded with the help of microSD card slot. It will be powered by 2,850 mAh battery, which lasts for long hours. There will be two 16MP rear snappers which can click better quality pictures even in dim light.