Oppo’s R9 and R9 Plus phones are scheduled to be unveiled in an event next week, and the handsets have already passed through TENAA now. This gives us somewhat idea about the specs of this handset. New leakster Steve Hemmerstoffer, @OnLeaks, has already leaked the complete list revealing the specifications of the R9 and R9 Plus phones from the Chinese manufacturer. 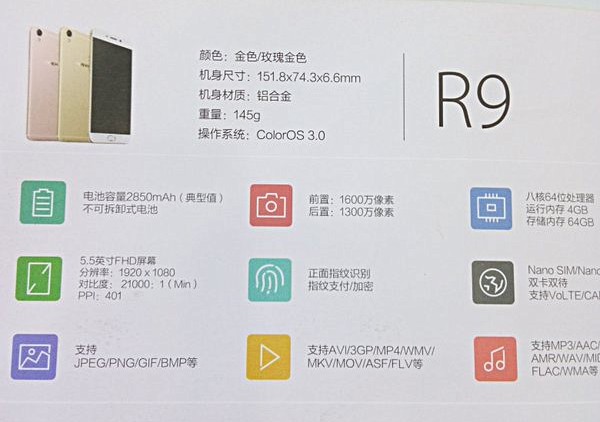 These specs leaked by @OnLeaks are more inline with those revealed by TENAA, except for the internal memory of these smartphones. There are also rumors that the bigger Plus variant of R9 will be powered by Snapdragon 652 chip. 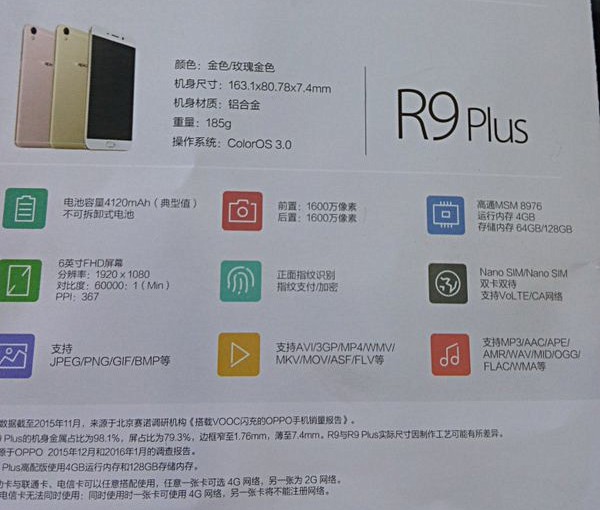 Oppo R9 will get a 5.5 inch AMOLED touchscreen display with 1080 pixels resolution and an octa core processor. Other specifications of this phone include 4GB Ram and an expandable storage of 64GB. There is a 2,850 mAh battery which has capacity to last for long hours. The Chinese manufacturer has provided this smartphone with 16MP rear camera and 13MP front facing camera for clicking good quality selfie pictures.

The Chinese tech giant is also running a teaser campaign for its upcoming phone, where it is revealing the features such as VOOC fast charging and fingerprint scanner. Both these handsets will be announced on 17th March and will come with a price tag of RMB 2,497 and RMB 2,998.