HTC 10 will soon get launched now and the date is fixed for 12th April. We already know a lot of the details about this smartphone from the number of leaks received in the past few months. Now, its time to move to the next big thing that is the mini version of this handset. 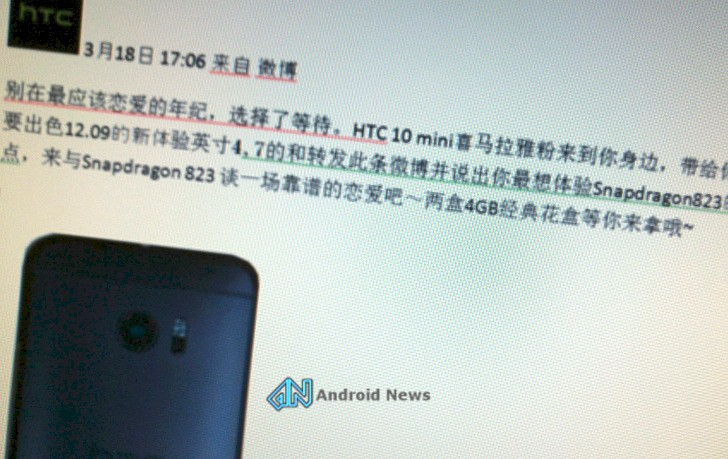 Well! Now you know that HTC’s upcoming flagship phone will also get mini version, HTC 10 Mini. According to the leaked memo sent to the selected insiders from HTC, this mini variant of this handset will feature a 4.7 inch display with 1080 pixels resolution. It will be powered by Snapdragon 823 chipset and 4GB RAM.

This new chipset is almost similar to the Snapdragon 820 chip but the quad core Kryo processor will run on higher version. Other smartphones to come packed with this SoC chipset are Xiaomi Mi Note 2, which is the next generation phablet from the Chinese manufacturer.

We are expecting HTC 10 launch the mini version of its next generation flagship in September but might hear a few more leaks on it until it launches.