As per the latest reports, Google’s new mobile operating system has managed to double its market share in the last month. We know that the Marshmallow platform is now installed on 4.6% of the Android devices, while back in March it was available in only 2.3% of the devices. However, the growth is not upto the mark but the number has pretty managed to double itself from a low number reported last year. 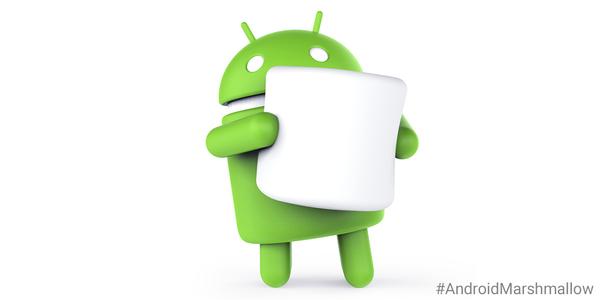 The records for April show that Lollipop now occupies 35.8% of the total market share which is 0.3% less than reported in the last month, where some of the Android Marshmallow gains have been made because of the Lollipop. On the other hand, the KitKat software takes 33.4% market share, which is down 0.9% from March. 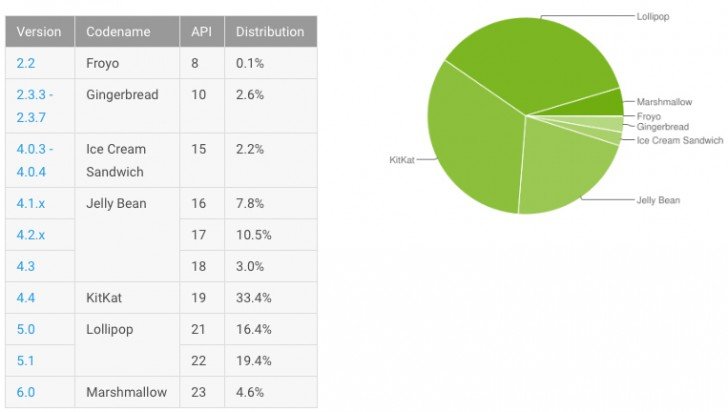 If we take into account the three Jelly Bean releases together, these account for 21.3% of the market share of the Android Platform, which is 1 percentage point less than before. The older Ice Cream Sandwich continues with a market share drop of 0.1%, while the Gingerbread and Froyo have managed to stay at 2.6% and 0.1% respectively.

As you will expect, any versions with less than 0.1% distribution are not shown in the chart above. e have seen some nice gains for Marshmallow operating system but every other Android version has lost the market share.