Sony promised the customers back in October that it will deliver the Android Marshmallow update to its Xperia Z2, Z3 and Z3 Compact phones. And now keeping up to its promise the company is delivering the update to these handsets. A beta build was rolled out around a month ago and now the users have started receiving the official update for Marshmallow software. 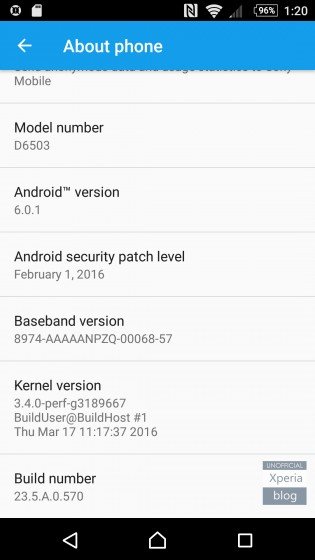 This firmware carries a build number 23.5.a.0.570 and brings the operating system version to the latest 6.0.1. It also brings along the February Android Security patch along with the latest camera app interface. However, there are also the usual caveats included in the update.

It is reported that only three models are receiving this new firmware update including D6503 Z2, D6603 Z3 and D5803 Z3 Compact. The update is not getting rolled out in all parts of the world but only in US, Ukraine, Russia, Latin America, Middle East and North Africa.

Check out the best and cheap sony xperia z3 compact offers available from various retailers in UK at an easily affordable price.