HTC finally unveiled its next generation flagship phone, which is to be read “10” in binary. The Taiwanese giant went off the right track but now it’s going back to the glory days of HTC One. This smartphone has got a 12MP UltraPixel camera with large pixels, OIS, laser autofocus and f/1.8 aperture. The camera is capable of shooing 12 bit RAW, 4K 2160 pixel videos and high-resolution audio.

An interesting thing is that this smartphone provides an optical image stabilization in the front facing camera for the first time ever. It is reported that this camera itself has a 5MP sensor and f/1.8 aperture. HTC has provide this smartphone with a BoomSound feature instead of stereo speakers, the pair works as a two way speakers, tweeter (high frequencies) and woofer (low frequencies). Each speaker has its own amplifier.

If we go back to the time when Desire was popular in the market, we get a premium headset in the box. There were 70% oversized driers and high resolution audio certifications, which means they cover twice the frequency range. 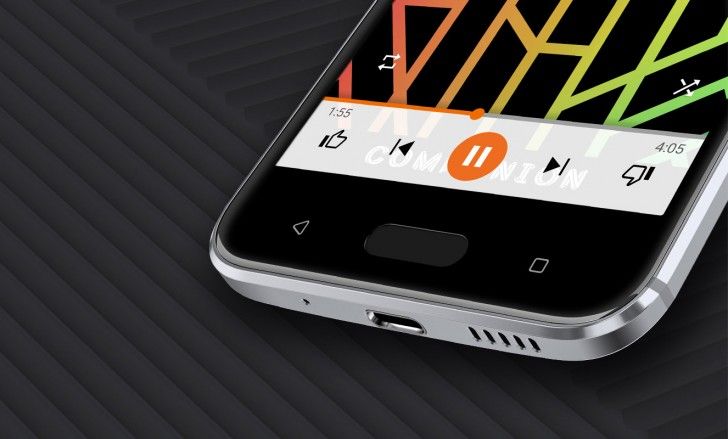 HTC 10 has got the design pattern from One A9, which was based on the One model. You can easily feel the resemblance of this family in the capacitive back and App Switcher keys. HTC’s new phone has a 5.2 inch QHD LCD 5 display with 2560 x 1440 pixels resolution. The screen is provided by the protection from Gorilla Glass.

It will run on the latest Android 6.0 Marshmallow operating system and will come powered on a Snapdragon 820 chipset with 4GB RAM. There is an internal storage of 32GB and 64GB, both will feature microSD slot. This phone has a 3,000 mAh battery inside, which can be charged upto 50% in 30 minutes using Quick Charge 3.0.