Samsung’s C series smartphone with model number SM C5000 was confirmed last month only by the Indian import export website Zauba. Now, there are reports that this smartphone is spotted on GeekBench benchmark. The benchmark has revealed some more specifications for this upcoming smartphone of the Korean giant. 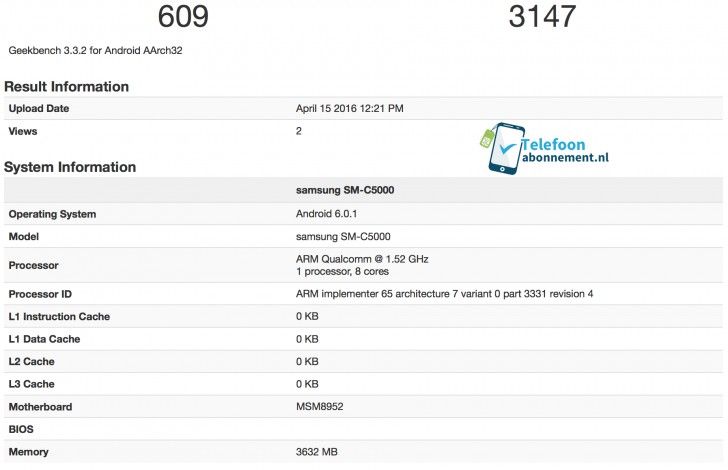 It is revealed that this phone will come powered by Snapdragon 617 chipset with an octa core processor and Adreno 405 graphics processor. In addition, the benchmark also reveals that this handset will get a 4 GB RAM for faster processing. It will run on the latest Android 6.0.1 Marshmallow operating system.

Some specifications already revealed by Zauba’s listing show that it will sport a 5.2 inch display. Samsung’s phone will come with a price tag of $205. Another device, which is expected to be its predecessor namely C7000 is also said to be under works.