We got a blurry look of the 2016 edition of Moto G phone earlier this year and now a leak shows clear view of this smartphone. It is a mid-range variant of Moto G phone, and you can clearly see a fingerprint scanner which was promised by SVP Chen Xudong from Lenovo. 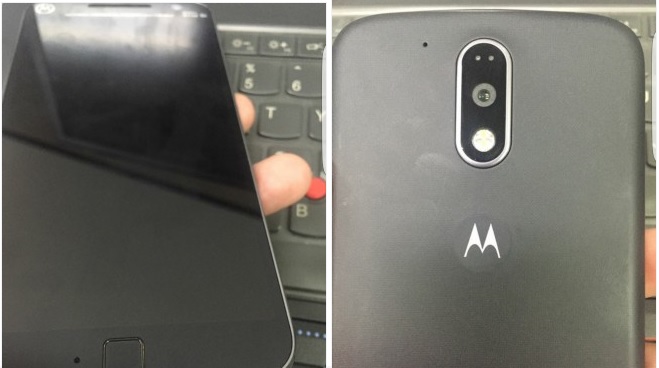 It is reported that this fingerprint scanner is square shaped and is packed on the front of this handset. However, it is not clear that whether this fingerprint scanner works as a button or not. Lenovo has confirmed it officially that all Moto branded handsets will get fingerprint readers. Also, we will see an outline in a “Moto G4 Plus” leak, so we can hope for a more diversified lineup for 2016.

The camera on the back of the upcoming Moto G4 handset will retain the vertical strip design. However, we don’t have much on the specifications of this phone but there are two dots above the camera which might be a laser autofocus setup. Moto G3 was unveiled in July 2015 and as the leaks are quite slow for this smartphone so it might take some time before it’s announced.