Samsung Galaxy C5 SM-C5000, which is a part of the “Galaxy C” series smartphone line-up was seen online last week only. This smartphone has been subject of a number of leaks and rumors in the past few weeks. Now, there are reports that the South Korean giant is working on another phone from the Samsung C series. This new smartphone will be names as the Galaxy C7 with model number SM-C7000. 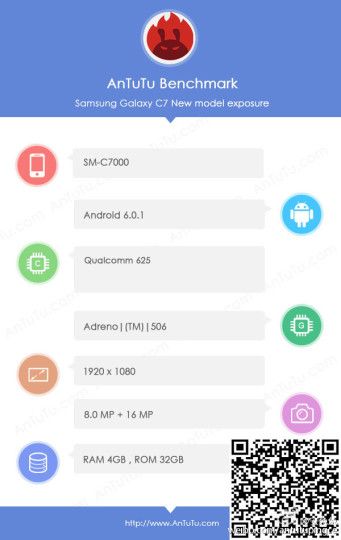 It is reported that SM-C7000 has been spotted on AnTuTu, which has also revealed some of its key specifications. According to the listing, this handset will come powered by Qualcomm Snapdragon 625 chipset. It will sport a full HD display and will be packed with 4 GB RAM for better processing. There is an internal storage of 32GB, and it’s still not clear whether it can be expanded further or not. 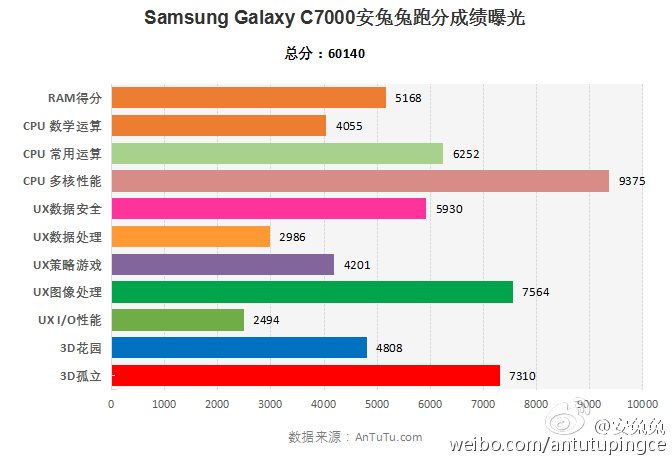 The camera of this smartphone has 16 MP count on the back side and 8 MP count on the front face for selfie. It runs on the Android 6.0.1 operating system out of the box. The new C series from the Korean giant is expected to be launched by next month but will be exclusive to China.