LG has started releasing the Android Marshmallow update for its new Class phone, which is more widely called LG Zero. Currently, this update is rolling out in South Korea and brings along android 6.0 and some new changes to UI. 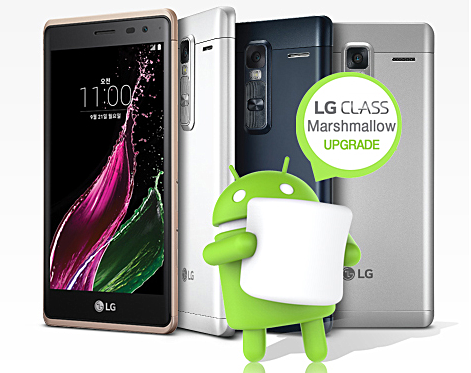 This update is rolled out to optimize the stand by endurance of this phone by limiting its data consumption especially when the phone is left idol for a long time. Also, the new Android update has improved the Knock Code feature.

Now, the users will be able to temporarily block notifications and sounds of some or all of the applications available. It has also enhanced the app related security. This new android update brings automatic brightness control and some reminders related tweaks. You will realize with this update that managing Google settings was never this easy before.