Motorola’s upcoming flagship smartphone is already in development. Now, it seems that someone who has a prototype of this handset has decided to run Geekbench on it. And the online database of this benchmark website lists Motorola’s XT1650.

It is reported that this model number might be the successor of the Motorola Moto X Style/ Moto X Pure Edition from 2015, which is the Moto X iteration released this year only. This smartphone comes with 4 GB RAM for faster processing speed. Motorola phone comes powered by Snapdragon 820 SoC chipset, which makes it clear that this phone is a high-end offering from the manufacturer. 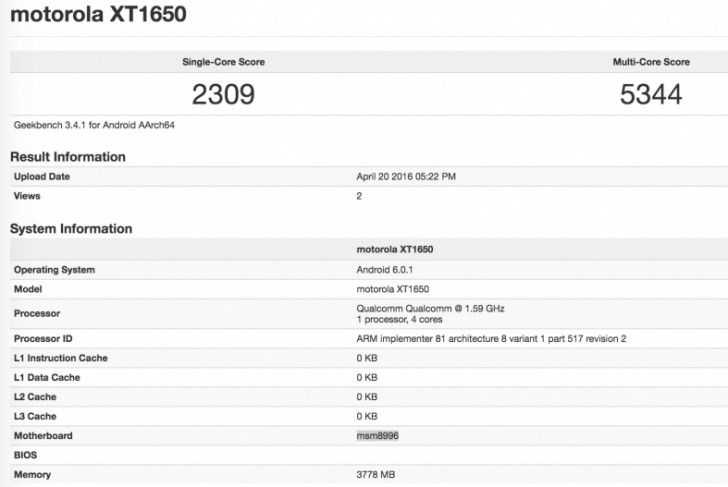 There are reports that the prototype of Moto’s phone runs on the Android 6.0.1 Marshmallow operating system. We can expect this handset to become official on 9th June at an event which is already confirmed by the CEO Lenovo.