As per reports, Samsung has already started releasing the Android security patch for the month of May for the Galaxy Note 4 smartphone. This security patch weighs around 300 MB in size and the update is currently rolling out to the units of this handset in India. 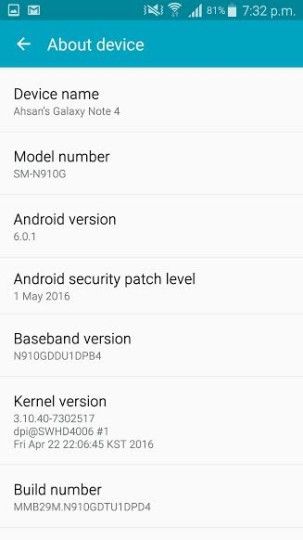 It is still not clear what this update will bring along but the changelog shows some generic changes such as performance, bug fixes and stability improvements. Currently, this update is rolling out as an OTA version and carries a build date of 22nd April. This shows that it’s been less than a week that this update was built and the device started receiving security patch for the month of April in India. It weighs around 360 MB in size.

In the beginning of this month only, this handset started receiving Android 6.0 Marshmallow update.