Xiaomi Mi Max is now certified by TENAA, which is China’s certification authority equivalent to the FCC. This device is packed with a 6.44 inch display with 1920 x 1080 pixels resolution. It is powered by Snapdragon 650 chipset with hexa core processor clocked at 1.4 GHz speed and Adreno 510 graphics processor.

Currently, there are two variants of this device with one carrying a 2 GB RAM and an internal storage of 16 GB ROM. While on the other hand the second variant of this device comes with a 32 GB ROM and 3 GB RAM for faster processing speed. 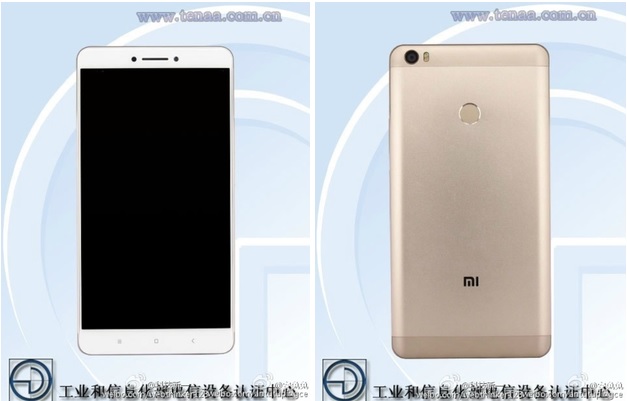 Xiaomi’s Mi Max is equipped with a 16 MP primary camera which is found on its back. The front facing camera has a 5 MP count for clicking your selfie images and recording video chats. There is a fingerprint scanner placed on the back of this device. And Mi Max comes with a 4,000 mAh battery which cannot be removed. It comes pre-installed with Android 6.0.1 operating system along with MIUI 8.

The Mi Max will be officially announced on 10th May at the official event of the Chinese manufacturer. It is reported that the company will also unveil its latest user interface MIUI 8 at the same event. The Mi Band 2 fitness tracker was also supposed to be announced at the same time but yesterday the CEO of the manufacturer announced that the device will be delayed by one month due to production issues.