The 4GEE Wi-Fi has the ability to connect up to 10 devices at the same time and it runs with a 24 hours battery. Additionally, it can be utilized as a battery pack for charging other devices. The 4GEE Wi-Fi device is available in various ranges. You can go with the monthly plan of paying £11 per month with an upfront cost of £49.99. You can also have it on paying as you go for £79.99. 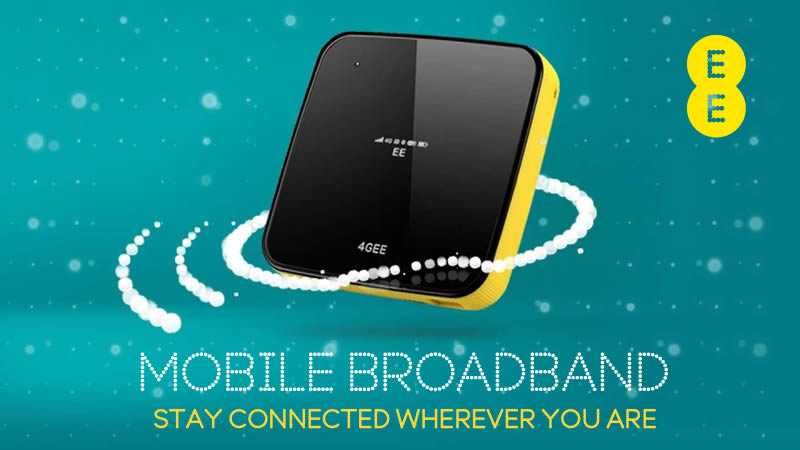 The big brother 4GEE Wi-Fi is 15% bigger than the 4GEE Wi-Fi Mini and EE has described the 4GEE Wi-Fi as a perfect mobile broadband device for people who are always on the move. You can find this smaller device available various range of monthly deals beginning at £11 per month with an upfront cost of £19.99. Additionally, you can have it on paying as you go for £39.99.

Director of devices at EE, Sharon Meadows said that being leaders in the 4G Wi-Fi market of UK, they were continuously looking for introducing the new next-gen mobile broadband devices. He also added that their latest 4GEE Wi-Fi Hotspots are made for people who wanted a compact gadget which they would use when on the move.

EE declared plans of extending its 4G network earlier this year for covering UK’s landmass’ 95% by the year 2020. Presently, 4G coverage of the company stands at around 60%, yet new investment will have 750 new mobile websites and masts established in an effort of plugging many outdoor Notspots of UK – where there is no signal or little signal. It seems that the new investment will take 4G coverage to UK population’s 99.8%.

Meanwhile, Chief executive of EE, Marc Allera said that Notspots wouldn’t be tolerated for the average smartphone users and 2G obviously didn’t provide what they required. He added that users wanted 4G speeds anywhere they went, and mobile operators also wouldn’t be able to refuse this new coverage. He promised going further than any operator went, and his ultimately his aim is to cover the total UK with 4G.