Samsung is now rolling out a new update to its Galaxy J7 (2016) edition. This update has the Android security patch for the month of July for Samsung’s Galaxy J7 phone and it’s currently hitting India. Currently, it’s unknown that what else is included in this update aside from the July security patch. This update weighs around 254 MB and carries a build number J710FXXU1APG5. 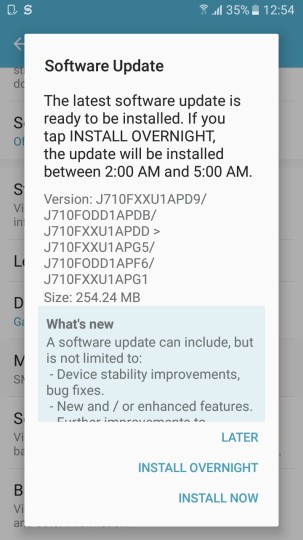 As we know, the OTA updates take some time for the update notification to pop up on the screen of your device. So, you will have to wait for some time in order to receive this update on your phone. But meanwhile if you are being impatient then you can also manually check for the update by heading to the Settings Menu of your device.

Check out the cheapest samsung galaxy j5 deals UK available from various carriers in the country. The Galaxy J7 phone from the Korean giant is already available for purchase in Europe.