Samsung’s Galaxy Note 7 is expected to get rolled out on 2nd August along with the Galaxy Note 7 Edge phone. Today, only we reported that this smartphone has got its wallpapers leaked online in two parts. Now, there are reports that the Note 7 phone will feature an iris scanner. We also have some pictures of the system but this time it’s a myriad of screenshots showing off Lock screen and security section in the Setting app. Other things shown include parts of the set up process for the iris scanner, S Pen Air Command Menu and other options of the new Grace UX interface. 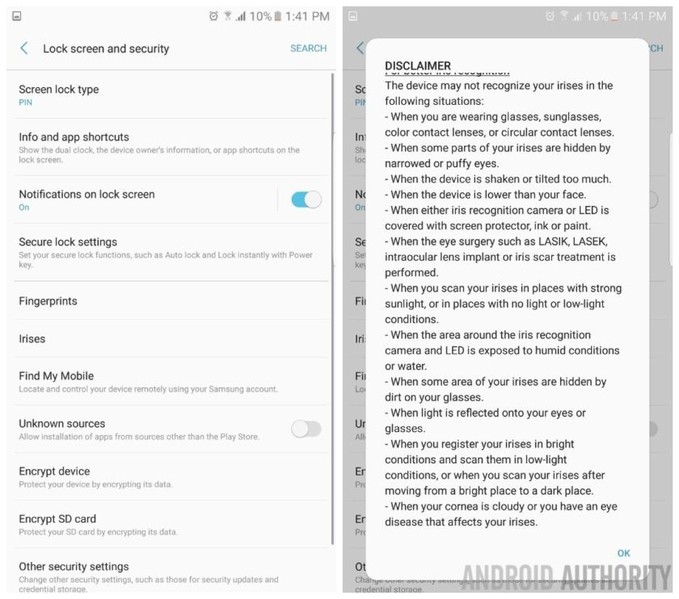 It is reported that among the leaked screenshots there is also a disclaimer which details the upcoming fancy new iris scanner. This disclaimer is a long one and states that the Note 7 handset might not unlock when “some parts of your irises are hidden by narrowed or puffy eyes.”  On the other hand, the setup process for this new iris scanner is quite straightforward. All you need to do is to hold the device about 10 inches away from your face, align your eyes with the on-screen markings and wait for the scanner to do its magic.

However, the scanner includes a lengthy list of warning but still it’s able to do work in most scenarios. But still if it doesn’t then you can always resort to the unlock method of yesteryear and can make good use of your fingers. 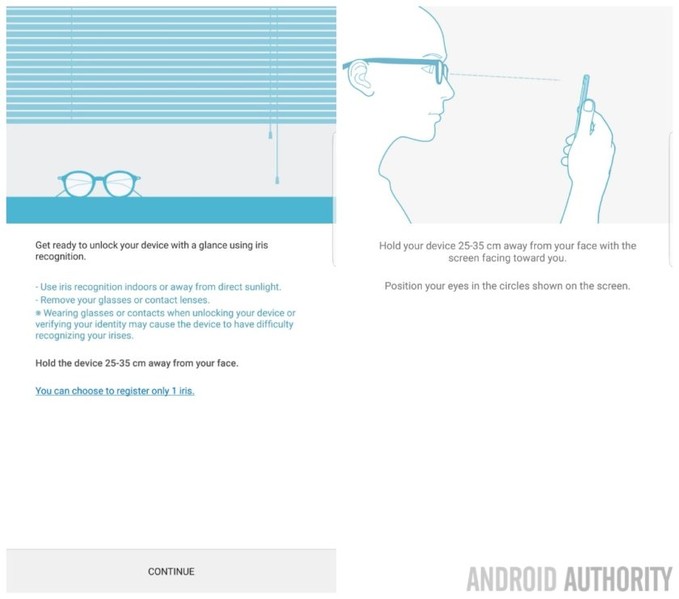 We can clearly see the interfaces of some stock apps and the Grace UX app drawer in the recently leaked screenshots. The Grace UX app drawer features an option for persistent alphabetical ordering of apps along with an S Pen Air Command menu containing a new option called Glance and a feature to record parts of the screen and turn them into animated GIFs.

Check out the latest Galaxy S7 Gold offers from various retailers in UK, to purchase this smartphone at an easily affordable price.