Motorola’s Moto Z Play is yet unannounced but the reports reveal that its pictures are now leaked online. It is reported that this upcoming model is the cheapest amongst the other Moto Z handsets available in the market. Earlier this month, a picture was leaked online which showed the bottom of this phone. The picture revealed that Motorola Moto Z Play will sport a 3.5 mm earphone jack unlike the other Moto Z handsets. Recently, we reported that Motorola’s Moto E3 also got its specifications leaked online. 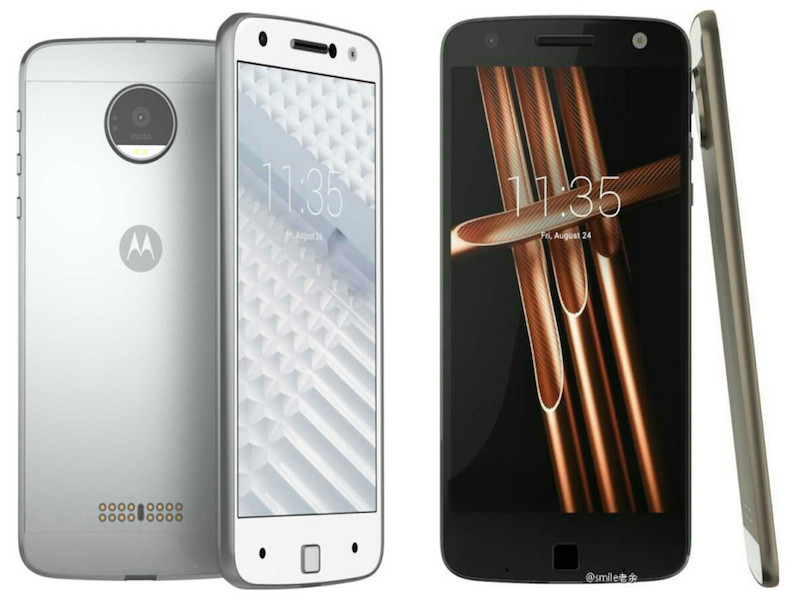 The Moto Z Play siblings available with us currently include Motorola Moto Z and Motorola Moto Z Force. Motorola’s Moto Z Play has been labeled Moto Vector in some of the photographs and will be known as Moto X Play (2016) in China. It is reported that this smartphone also sports a Type C USB port in addition to the headphone jack and LED flash in the front for clicking best quality selfie images in low light conditions as well. The display of this handset shows the One Lenovo user interface which has been used by the manufacturer in China only.

This smartphone from the manufacturer has been seen in the AnTuTu and GeekBench benchmark tests. According to the benchmark tests, the Moto Z Play (XT1635) will carry along a 5.5-inch display with 1080 x 1920 pixels resolution. It is powered by Snapdragon 625 chipset under the hood along with Adreno 506 graphics processor. There is an internal storage of 32GB and 3GB RAM for faster processing speed.

Motorola has provided this handset with a 16MP primary camera for capturing your best moments and a 5MP front facing camera for clicking selfie images. It has Android 6.0.1 OS per-installed. Currently, there is no word on when will this phone be introduced in the market.