Samsung is all set to launch its new Z2, Tizen-powered, smartphone in just one day from now, i.e. 11th August. According to a new report, this smartphone now leaked online before it is rolled out for the users. This new leak tells us almost everything about this upcoming from the manufacturer. Samsung’s Z2 is a low-end handset just like the Z1 and Z3 phones. As it’s name suggests, this phone lies in between the Z1 and Z3 phones, spec-wise. 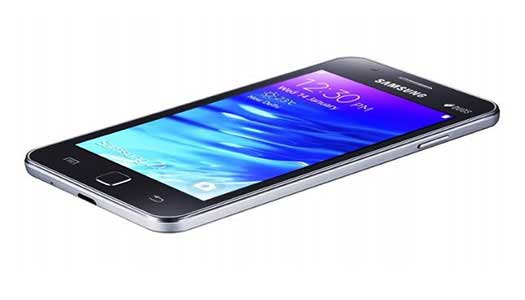 It is reported that Samsung’s Z2 sports a 3.97 inch LCD touchscreen with 800 x 480 pixels resolution. It has a 5MP primary camera, and a VGA camera on the front of this phone. There is an internal storage of 8GB and 1GB RAM for faster processing. This handset has a 1,500 mAh battery and will be powered by the processor with clock speed of 1.5GHz.

Samsung’s Z2 will run on the Tizen 2.4 and sports LTE, GPS, Wi-Fi 802.11n and Bluetooth 4.0. You will also find a 5V 0.7A charger and a headset. In the past, there were rumors that it will get a 4.5-inch display and 2,000 mAh battery along with a quad-core processor. Samsung is expected to launch this smartphone in Saudi Arabia, Nigeria, Sri Lanka, Nepal, Bangladesh, India, Turkey, Indonesia, South Africa and United Arab Emirates.

Recently, Samsung’s Z2 Tizen-powered handset was leaked in a video online, which showed various specs to come packed in this handset.