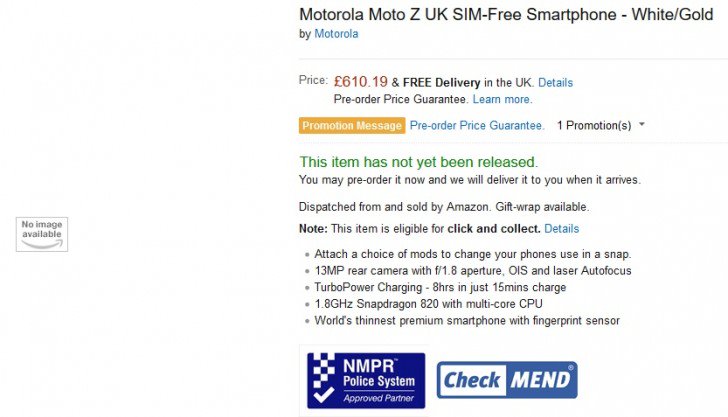 Currently, this handset is also available on pre-order from clove.co.uk. So, it is quite expected for the deals to appear with other retailers as well. However, we will not call the Amazon’s offer as a deal, as it has set the price for this handset at a whopping GBP 610.19. While on the other hand Clove has listed this smartphone at GBP 495.

Here, we are talking about the basic Motorola Moto Z basically a SIM-free version including taxes being provided by aforementioned retailers. Amazon is not listing the storage of the unit but even if it’s the high-end 64GB version and not the 32GB available via Clove then also the match doesn’t check out. Overall, the listing looks a bit unfurnished in its current state without any images, so there might be some error, or an undisclosed bundle with MotoMods.

Check out the best and cheap Motorola Moto X Play offers available from the retailers in UK providing this handset at an easily affordable price.